So, I have a pretty awesome best friend.

His name is Jordon. We’ve known each other for about 8 years now. We met through another hobby of mine you can find on one of my other blogs, Mad about Minis. Anyway, we both moved on to Radio Control cars, and Jordon is pretty much my mechanic as he is a tuning wizard with a magic touch.

Jordon travelled to Sydney last year for work, and while over there, stopped in pretty regularly to hang out with the guys from RC Wonderland. It was from those fellas that Jordon caught the RWD bug, learnt a lot, and brought his new found knowledge back west to Perth and Ausdrift.

Proof that he is a mad mate? After driving his new RWD Yokomo DRB kit for the first time, I was hooked to the new challenge of RWD. And because Jordon wanted RWD to catch on in Perth, he decided to build his old DIB kit into a custom RWD beast and give it to me as a rolling kit. Unbelievable!

Well we finally got it running last week, so I thought I would throw some pictures up of my new RWD beast. I call her the Frankenstein, and as one of my friends coined the phrase, “she drives Frankenfine”

As I explained on my Instagram account, this build is inspired by the Japanese worldview of Wabi-Sabi, which is an aesthetic centered on finding beauty in the imperfect, impermanent, and incomplete. In other words, she’s ugly but I love it. It is a rear motor DIB with a transverse battery mount for better transitions, and mono-shock front suspenstion.

We also did some work on a new carpet track layout down at Ausdrift, which has just moved into a new venue operated by Perth RC and has allowed the track to almost double in size. We tried to increase the number of long sweeps, both to make it easier for RWD beginners, and to encourage more door-to-door drift train action. 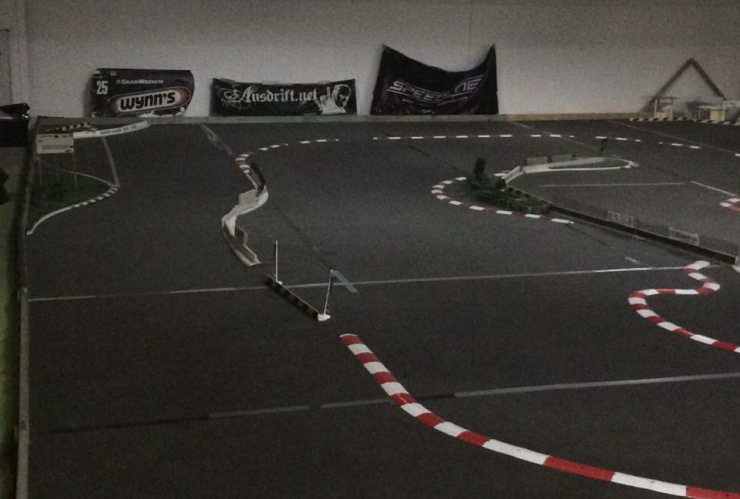 As an admin of this track, I am really happy with how it has progressed recently, and look forward to planned developments as they unfold.

I use: Spektrum RC

I use: Turnigy Nano-Tech

All copyrights, trademarks, logos, images and other such intellectual property referenced or linked to on Wazza's Hobbies or Dirt & Drift RC are property of their owners. No challenge intended.
%d bloggers like this: